Here it is, written in the Bible by the Apostle John between AD 68–69 on the Roman prison island of Patmos. The world population is now being prepared by globalist leaders to receive the false christ or antichrist who will make all people of the earth bow down and worship him or be killed. These globalist workers of evil appear to be saviors, but in reality they are following satan’s plan and calling it the “Great Reset”. There is a seven year period of time coming that is referred to as the tribulation or Jacobs trouble in the Bible. The followers of Christ will have been taken to heaven in the rapture. Those remaining on the earth will suffer through the tribulation.

Then I (Apostle John) stood on the sand of the sea. And I saw a beast (Antichrist) rising up out of the sea, having seven heads (Control of Seven World Leaders) and ten horns (Control of Ten Global Regions), and on his horns ten crowns (Elected or Appointed Heads of Regions or Countries), and on his heads a blasphemous name (a name defaming and mocking God). Now the beast (Antichrist) which I saw was like a leopard, his feet were like the feet of a bear, and his mouth like the mouth of a lion (animal images are world kingdoms Babylon, Medo-Persia, Greece, and Pagan Rome). The dragon (Satan) gave him his power, his throne, and great authority. And I saw one of his heads as if it had been mortally wounded, and his deadly wound was healed. And all the world marveled and followed the beast (Antichrist).

Then he opened his mouth in blasphemy against God, to blaspheme His name, His tabernacle, and those who dwell in heaven (The followers of Jesus Christ will be in haven at this time). It was granted to him (Antichrist) to make war with the saints (those who believe on Christ Jesus during the seven year tribulation period) and to overcome them.

And authority was given him (Antichrist) over every tribe, tongue, and nation. All who dwell on the earth will worship him (Antichrist), whose names have not been written in the Book of Life of the Lamb (Jesus Christ) slain from the foundation of the world.

If anyone has an ear, let him hear. He who leads into captivity shall go into captivity; he who kills with the sword must be killed with the sword. Here is the patience and the faith of the saints. (Those who are not found to be followers of Christ Jesus at the monment of the rapture will be left in their sinful lives on earth. They will continue the hear the message of salvation through angelic witnesses in the heavens and human witnesses on earth throughout the tribulation period. As they hear, they can choose to follow Christ Jesus and be saved spiritually, but most will be killed physically by the Antichrist.)

Here is wisdom. Let him who has understanding calculate the number of the beast (Antichrist), for it is the number of a man: His number is 666 (God is perfect and the number 7 is the number of God symbolizing perfection. The number 6 is the number of man. It is one less than 7, making sinful man an imperfect being created by God. The Antichrist will be a man who is poessed or controled completely by Satan himself. The three sixes could be the Satanic trinity; comprised of Satan, Antichrist and False Prophet).

It is my opinion that what we are witnessing right now in the world with the insane behavior of global leaders is the precursor to the mark of the beast system. These globalists are destroying the world economy with lockdowns, shutdowns, out of control immigration, regulations that prevent free enterprise and commerce and mandated vaccines that are being used to force people into giving up their rights to decide what can be injected into their own bodies. They are using the vaccine mandate to control behavior, travel, purchasing of food, freedom to eat in restaurants or attend a cinema or sporting event. They have even mandated the vaccine as a requirement to be employed. Doesn’t this sound like the same plan that will be used with the “mark of the beast” to you? It reads like this: “no one may buy or sell except one who has the mark…”. This is not a coincidence, but a planned operation. Whether you are pro vax or anti vax or somewhere in the middle, no one should be forced to give up their freedom to choose what can be injected into their body. It is our body, given to us by our creator. We are made in His image.

My friends, the time to decide where you will be in the near future is now. You only have this moment to decide. Your next breath is a gift from your Creator. His name is Jesus the Christ.

It is time to pray. Repent of your sins today. Ask Him to forgive you. Believe that He gave His perfect, sinless life and body as a sacrifice for your sins. You and I deserve to die in our sins, but He took your punishment upon Himself so that we can live forever with Him. Ask Him so take control of your life right now. Ask Him and He will save you now. After you have done this tell Him that you will now obey Him completely, doing His will daily instead of your will. Ask Him to fill you with the Holy Spirit, who will lead you, guide you, comfort you and give you all the power needed to live a Godly life.

If you have prayed this in sincerity, please let me know. Send me an email at chris@gospelforafrica.com today. 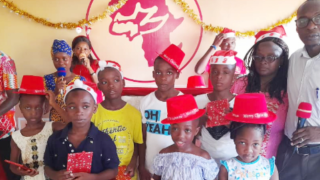 We are the happiest people in the world because our God loves us and gives us eternal life. Want to join us? 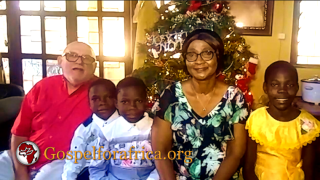 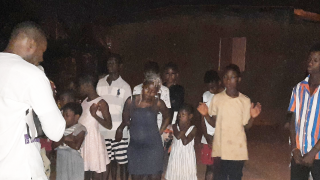 You have some new brothers and sisters in Christ! Welcome them into the family of God by lifting them up in prayer daily. 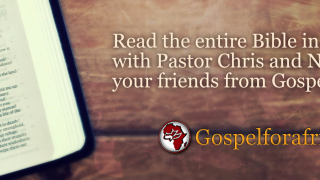 Enjoy daily blessings of God from us to you. 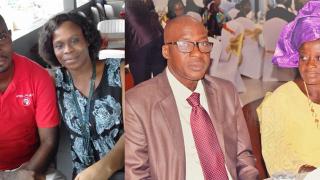 When you support Gospel For Africa you are helping us train Pastors so we can plant more churches and expand God’s Kingdom. 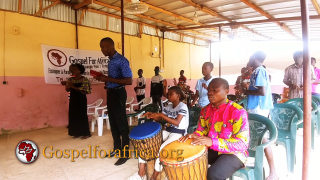 The Word of God bears fruit. People are getting born-again by the Spirit of God.

We Were Awarded The Guidestar Silver Seal For Financial Transparency!

Our organization earned a 2021 Silver Seal of Transparency! For more information click on the siver seal above.